About Diana Mishkova’s Beyond Balkanism: In recent years, western discourse about the Balkans, or “Balkanism,” has risen in prominence. Characteristically, this strand of research sidelines the academic input in the production of western representations and Balkan self-understanding. Looking at the Balkans from the vantage point of “Balkanism” has therefore contributed to its further marginalization as an object of research and the evisceration of its agency. This book reverses the perspective and looks at the Balkans primarily inside-out, from within the Balkans towards its “self” and the outside world, where the west is important but not the sole referent. The book unravels attempts at regional identity-building and construction of regional discourses across various generations and academic subcultures, with the aim of reconstructing the conceptualizations of the Balkans that have emerged from academically embedded discursive practices and political usages. It thus seeks to reinstate the subjectivity of “the Balkans” and the responsibility of the Balkan intellectual elites for the concept and the images it conveys. The book then looks beyond the Balkans, inviting us to rethink the relationship between national and transnational (self-)representation and the communication between local and exogenous – Western, Central and Eastern European – concepts and definitions more generally. It thus contributes to the ongoing debates related to the creation of space and historical regions, which feed into rethinking the premises of the “new area studies.” Beyond Balkanism: The Scholarly Politics of Region Making will interest researchers and students of transnationalism, intellectual history, politics, historical geography, border and area studies. Bio: Mishkova has been the Academic Director, since 2000, of the Centre for Advanced Study Sofia. She has published extensively on comparative Balkan history, intellectual history, and historiography. Her recent publications include Beyond Balkanism: The Scholarly Politics of Region Making (New York: Routledge, 2018), European Regions and Boundaries. A Conceptual History, co-edited with Balázs Trencsényi (London: Berghahn Books, 2017), and Entangled Histories of the Balkans. Vol. 2: Transfer of Political Ideologies and Institutions, and Vol. 4: Concepts, Approaches, and (Self-) Representations, co-edited with Roumen Daskalov et al. (Leiden and Boston: Brill, 2013, 2017).

Orlanda Obad: On Illiberal Avant-garde: Balkanism and the 1990s in Croatia

Obad will argue that, in order to understand some of the current “illiberal“ tendencies in both Croatian and broader, regional contexts, one needs to re-examine the 1990s, the decade in which critique of Balkanism was established. Beneath the discursively simplified centering of the Europe/Balkan opposition, there was a plethora of social processes in Croatia which remained underresearched and misevaluated. As those begin to be recognized as roots of current “troubles“, Obad revisits some of the blind spots of Balkanist critique, while examining the (remaining) political potential of strategic essentialism in this body of work. Obad will focus on (dis)continuities between 1990s and 2010s, such as the social role of the Catholic Church and the present conservative tendencies among the young; the fulfillment of former president Tudjman's political ideas in Croatian politics and society; the process of privatization and the country's current economic illnesses, topics which are thematized in the latest wave of research on the 1990s. Bio: Orlanda Obad is a senior assistant at the Institute of Ethnology and Folklore Research (IEF). She draws upon several disciplines – sociology, cultural anthropology and political science. She participated in several international research projects, including INFORM (Horizon 2020), in which she co-develops the concept of caring (female) entrepreneurship. She is the founder of Ruralije, an informal research group concerned with rural development, and she also directs a series of public lectures and discussions – Tribina IEF-a – at the Institute. Her topics of interest include rural development, emotional capital, critique of Balkanism, European Union and the Western Balkans, and 1990s in Croatia.

Bio: Zoltán Ginelli is a PhD Candidate in human geography, a member of the Working Group for Public Sociology “Helyzet”, and an assistant in the research project “1989 after 1989: Rethinking the Fall of State Socialism in Global Perspective” at Exeter University. His dissertation unravels the geographical history of Cold War geography and spatial planning, the globalization of geography’s “quantitative revolution” between the 1950s and 1970s, and the transnational history of Walter Christaller’s central place theory. His current research focuses on socialist globalization and foreign policy in Hungary during the Cold War, the connections between socialist Eastern Bloc and the “Third World”, and Hungary’s semiperipheral relation to colonialism and decolonization. In his research and teaching he engages with the geographies of scientific knowledge, policy mobilities, actor-network theory, postcolonial and decolonial theory, and transnational or global history.

Bio: Sociologist and historian. Senior researcher at the Demographic Research Institute (Hungarian Central Statistical Office), associate professor at Corvinus University, Budapest, professor on leave at Pal Tomori College. He has taught in the United States, Russia, Georgia and Hungary. He has been the project manager of several major international projects including SEEMIG. He is the founding director of Karl Polanyi Research Center. He does research on population discourses, migration, migration statistics and on global social change in the 20th century. Author of 3 books in English and Hungarian, and over a hundred scientific publications.

Towards a scarcity of care?

Magyarország a világrendszerben – Hungary in the World-System

We launched a Sociology MA program in English at Corvinus University of Budapest in 2019. Now we invite you for a public discussion with ...

Towards a scarcity of care?

Towards a scarcity of care? Tensions and contradictions in transnational elderly care systems in central and eastern Europe Book launch a...

Magyarország a világrendszerben – Hungary in the World-System 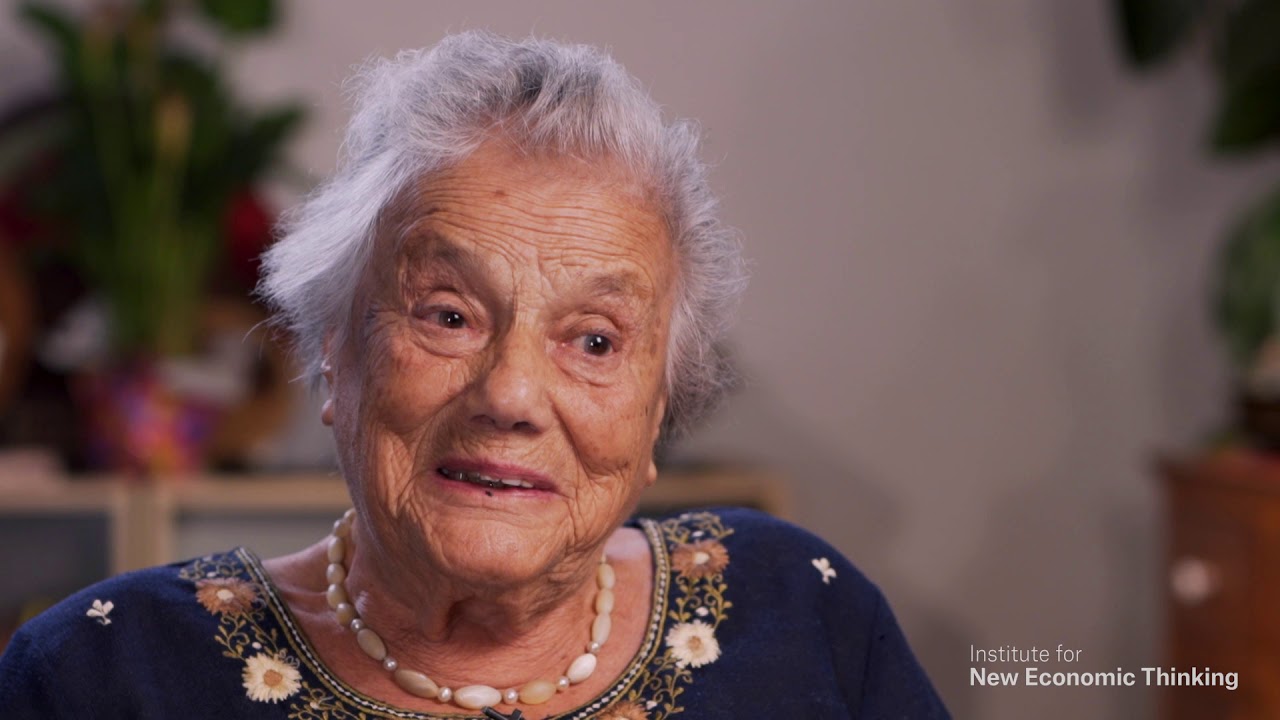 Kari Polanyi Levitt, Emerita Professor of Economics at McGill University, is a legend in the economics profession, famous for her contrib...

The Future of Food in Hungary

On 5 September 2020, the closing day of our Multidisciplinary Workshop for Researchers of Food Systems, we are having a public plenary discu
{"items":["5fc67d9c640e95001703fe99","5fc678332131f3001765a309","5f5b37c40271570017dd6332","5f3e9edbe5e7cb0017d314b8","5f3fb56d7ae96500179a313e"],"styles":{"galleryType":"Strips","groupSize":1,"showArrows":true,"cubeImages":true,"cubeType":"fill","cubeRatio":"100%/100%","isVertical":false,"gallerySize":30,"collageDensity":0.8,"groupTypes":"1","oneRow":true,"imageMargin":0,"galleryMargin":0,"scatter":0,"chooseBestGroup":true,"smartCrop":false,"hasThumbnails":false,"enableScroll":true,"isGrid":false,"isSlider":false,"isColumns":false,"isSlideshow":true,"cropOnlyFill":false,"fixedColumns":1,"enableInfiniteScroll":true,"isRTL":false,"minItemSize":120,"rotatingGroupTypes":"","rotatingCubeRatio":"","gallerySliderImageRatio":1.7777777777777777,"numberOfImagesPerRow":3,"numberOfImagesPerCol":1,"groupsPerStrip":0,"borderRadius":0,"boxShadow":0,"gridStyle":0,"mobilePanorama":false,"placeGroupsLtr":false,"viewMode":"preview","thumbnailSpacings":4,"galleryThumbnailsAlignment":"bottom","isMasonry":false,"isAutoSlideshow":false,"slideshowLoop":false,"autoSlideshowInterval":4,"bottomInfoHeight":0,"titlePlacement":"SHOW_ON_HOVER","galleryTextAlign":"center","scrollSnap":true,"itemClick":"nothing","fullscreen":true,"videoPlay":"hover","scrollAnimation":"NO_EFFECT","slideAnimation":"SCROLL","scrollDirection":1,"overlayAnimation":"FADE_IN","arrowsPosition":0,"arrowsSize":18,"watermarkOpacity":40,"watermarkSize":40,"useWatermark":true,"watermarkDock":{"top":"auto","left":"auto","right":0,"bottom":0,"transform":"translate3d(0,0,0)"},"loadMoreAmount":"all","defaultShowInfoExpand":1,"allowLinkExpand":true,"expandInfoPosition":0,"allowFullscreenExpand":true,"fullscreenLoop":false,"galleryAlignExpand":"left","addToCartBorderWidth":1,"addToCartButtonText":"","slideshowInfoSize":185,"playButtonForAutoSlideShow":false,"allowSlideshowCounter":false,"hoveringBehaviour":"NEVER_SHOW","thumbnailSize":120,"magicLayoutSeed":1,"imageHoverAnimation":"NO_EFFECT","imagePlacementAnimation":"NO_EFFECT","calculateTextBoxWidthMode":"PERCENT","textBoxHeight":0,"textBoxWidth":200,"textBoxWidthPercent":50,"textImageSpace":10,"textBoxBorderRadius":0,"textBoxBorderWidth":0,"loadMoreButtonText":"","loadMoreButtonBorderWidth":1,"loadMoreButtonBorderRadius":0,"imageInfoType":"ATTACHED_BACKGROUND","itemBorderWidth":0,"itemBorderRadius":0,"itemEnableShadow":false,"itemShadowBlur":20,"itemShadowDirection":135,"itemShadowSize":10,"imageLoadingMode":"BLUR","expandAnimation":"NO_EFFECT","imageQuality":90,"usmToggle":false,"usm_a":0,"usm_r":0,"usm_t":0,"videoSound":false,"videoSpeed":"1","videoLoop":true,"gallerySizeType":"px","gallerySizePx":258,"allowTitle":true,"allowContextMenu":true,"textsHorizontalPadding":-30,"showVideoPlayButton":true,"galleryLayout":5,"arrowsColor":"rgba(255,255,255,1)","targetItemSize":258,"selectedLayout":"5|bottom|1|fill|false|1|true","layoutsVersion":2,"selectedLayoutV2":5,"isSlideshowFont":true,"externalInfoHeight":0,"externalInfoWidth":0},"container":{"width":256,"height":331,"galleryWidth":256,"galleryHeight":145,"scrollBase":0}}